I'm a Utah wedding photographer available for travel. I'm obsessed with my job and weddings make me happier than anything else. I love connecting with couples! When Micayla and Gavin reached out to me about photographing their boho St.George/Snow Canyon Elopement, I immediately bonded with them. They described their relationship as a Jess Day and Nick Miller sort of thing from New Girl (that show is one of my favorites and is always on rotation at my house hehe). They met at a tiny, private college in their home state, Ohio. They dated on and off for a few years before finally deciding to do the thing. I think that the uncertainty of their past together led them to have an even more special elopement day in St. George/Snow Canyon.

Micayla and Gavin invited only their closest friends (all from that tiny college they attended) and immediate family to their St. George/Snow Canyon Elopement. They all came from Ohio and rented a massive, modern airbnb in St. George, Utah with plenty of accommodation for everyone. None of them had ever visited southern Utah so they were all planning on checking out the national and state parks, like Snow Canyon, while in town. I drove down from Salt Lake on the day of their wedding to document all of the getting-ready festivities. They read letters that each other wrote, got ready in their separate rooms, and had the cutest first look on the rooftop deck. They had their ceremony at 4:00 pm in the backyard of their airbnb. It was 105 degrees outside in early June, but they didn’t complain about the heat once. After the emotional ceremony, we took some wedding party and family posed photos. Afterwards, Micayla, Gavin, and I drove to Snow Canyon to take photos of them. There was nobody there when we arrived so we had the whole park to ourselves. We found a few different beautiful spots for photos and even went on a small hike to a slot canyon, which are some of my favorite photos from their wedding day.

They had a local Mexican restaurant cater their reception (the churros were soooo yummy). Everyone made me feel so welcomed all day and I even sat with some of their friends who invited me over for dinner! They had toasts, dancing, took shots, and chilled the rest of the evening. It was one of the most fun weddings I have ever been to and it made me wish I did something similar for my own wedding. 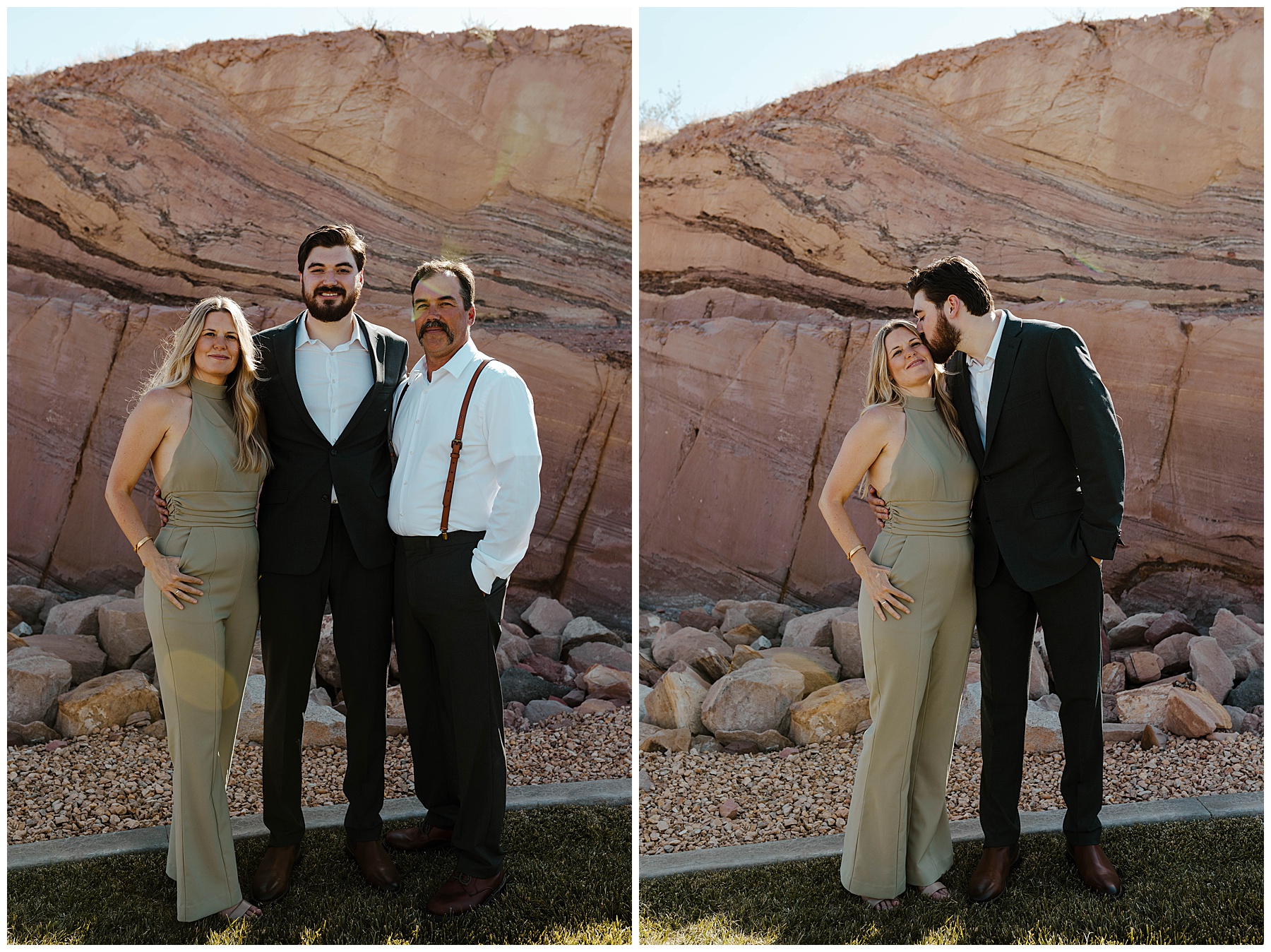